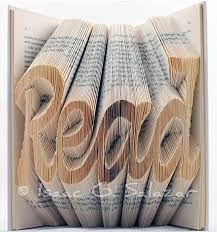 What is book art?

There are so many types of book art out there and we have included some for you to see here in this blog.  Masland Library’s definition of book art is: Art that is either designed or created using books as the main creative element.

Sculptures, origami, architecture, and so many other styles can be used.

I didn’t know what I was getting myself into when I came to work at the library the beginning of my freshman year at Cairn. I just thought I’d be working with a bunch of books. And while that has been overwhelmingly true, four years of working at the library—including 2 J-terms and 3 summers—has taught me that it’s so much more.

The library’s about journals. I wouldn’t be a proper library employee if I didn’t at least give the obligatory nod to some of the other resources the library offers. I bet you didn’t even know this job was an option, but I worked two years as the Serials Clerk—stamping, shelving, and shifting the various periodicals that come into the library. They’re nifty, but most people don’t even know that they exist on the right side of the bottom floor of the library. Check them out sometime, except not literally because they’re set as Library Use Only and taking them from the library would be considered stealing. And that would make me sad. And for goodness sake, please use the online databases sometime. They make your work a whole lot easier and more credible, and you’ll have less to regret when you graduate and have no access to them anymore. At least make the most of the time you have. There’s also CDs and DVDs, including all three seasons of Downton Abbey, which of course you have the time to watch during the semester.

The library’s about studying. I didn’t actually do all that much studying in the library because, as an employee, I invariably got people coming to me with library questions when I was trying to do my homework. I didn’t like the tension between the joy of helping someone and the frustration at being derailed from my train of thought, so I just stayed away. But I’ll still think fondly of how I used the uncomfortable chairs to spur me on to finish my paper faster or how I felt lost and confused when I found that some cruel person had taken my spot at study carrel #42. Sometimes the library felt like an existential time loop, where hundreds of students have written that same eschatology paper in this building over the past 20 years. There’s a strange solace in that kind of solidarity.

The library’s about people. While library patrons are all well and good, the people in the library that will stick with me the most are the librarians. Having worked in both parts of the library—the “downstairs” Circulation department and “upstairs” Technical Services department—I’ve had the privilege of working with all 7 of Cairn’s librarians. (Yes, there are more than just the two you see on a regular basis.) I will miss the quiet kindness that I observed in Gwenn, the teasing I took from Alice, the thunderous theological discussions I had with Melvin, the vegan recipes I stole from Laura, the analysis of period dramas I thought through with Stephanie, the laughter I shared with Nang Tsin, and the polite banter I ventured with Dr. Hui. Those things might have little to do with actual work, but that is not to imply that everyone’s lazy. We’re not. We do a lot more than patrons will ever see, and we like it that way. More than all of the stamping and shifting and shelving that I’ve done in the library, these conversations that happened amidst and around that work will stick with me the longest.

The library’s about Jesus.  Mostly, I think, the past four years have taught me that the library’s about Jesus. I mean this on more than the fundamental fact that it’s a theological library at a biblical university. That’s just the obvious part. But through example and explanation, I’ve seen the Gospel play out between those pale pink walls. I was forgiven one day when I completely forgot to show up to work as a freshman and then restored to the point where I was given a key and the freedom to come work on library projects at off hours. There was the time where I sent my boss an email because I was nearing an emotional breaking point and didn’t know if I could keep it together at work—and rather than lecturing me about professionalism—he simply told me that he and his wife were praying for me. From serious talks on Calvinism and church music to advice on how to seduce men with pie, I’ve been convicted, challenged, amused, unsettled, and encouraged by the various people at the library. They’re not perfect. I’m not perfect. But beyond a shared love of books, a shared love of Jesus draws us together in a way that nothing else can.
I’ve learned a lot in these past four years, and the library has been a big part of it. Though gone for less than a week, I already miss it. I will always be grateful.

Let’s be honest, sometimes the weekends seem a bit dead around here with many people heading home to be with family. It’s fun to go out with friends and try to do eventful things on the weekends, but typically that requires money, which many of us don’t have much of. Therefore, a great thing to fall back on is just hanging out with some friends and watching a movie.

Finding someone who has Netflix or a good selection of movies in their room can be difficult at times, but did you know that the library has movies? You can ask to look at them behind the front desk, or better yet, you can actually look up the whole list online! You can find this list by typing in “feature films” in the search bar at library.cairn.edu.

The list under featured films is most, but not all, of our movies; to find the complete list you can also go to library.cairn.edu/search/e and type in “PN 1997.2 or PN 1997.3”. You can browse through them, see what looks interesting, and the best part is that you don’t have to worry about driving anywhere. Although we may not have the widest selection to choose from there are several good movies. Cast Away, Enchanted, Star Wars Episodes 4-6, and Stranger Than Fiction are just a few of the movies that we have to offer.

Just remember, if you were hoping to watch a movie on Friday or Saturday night try and plan ahead a little because we close at 7pm on Friday and 6pm on Saturday. Have a great weekend!

The end of the semester is finally here! The final challenge awaiting all of the students is finals week. There is something about finals week that is just so, well, final. To put it simply, finals week is the culmination of all of the hard work that has been done all semester long. For each class, it comes down to one final paper. What better place to write your final papers then the library? To help the student body, the library is staying open until 12 AM from Sunday to Tuesday.

This week will be a little hectic for the library since everyone is finishing up with books that they checked out. For final papers, the library has an immense selection of books for students to use as resources. I am working on a final paper for my New Testament class, and I have selected a number of helpful books to guide my argument. I have chosen eight commentaries that I thought would be helpful. The BIB REF section on the lower floor of the library includes many commentaries and books on Hebrew and Greek translations. I may use some of these books as well, however books from the BIB REF section may not be checked out.

The paper concerns I Corinthians 8-11 and the idea of food that is sacrificed to idols. I cannot say anymore in regards to this paper because I have not started it. However, the idea of food sacrificed to idols has appeared in other places in the New Testament (Romans 14-15 and Revelation 2 for example). For other classes, the final may come down to one more class presentation. The computer labs on the lower and upper level of the library supply the sufficient technology for students to use on their presentations. If any of the students need any help with operating one of the systems or finding resources, there will normally be a student worker in the computer lab on the lower floor. Perhaps some of the finals next week are exams (possibly cumulative). The librarians and sometimes student workers work hard trying to keep the library a quiet and productive environment for people to do their work. The student can even isolate himself from everyone by going to one of the small cubicles in the library to try to concentrate on studying for his exam.

The library will also provide students with coffee and hot chocolate so that they may take a short break. Truly the library is prepared to help students get through finals week. The remaining question is this: are the students prepared to finish this semester strong? The final grades on Self-Service represent a semester’s worth of hard work, or maybe not so hard work…